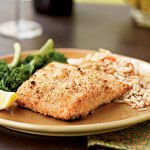 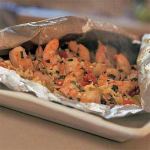 Neither of these posts will get as wide of a reading as they deserve.  From the first:

However, as so often happens, certain elements seem determined to greet it with snottiness and mockery. That doesn’t reflect well on their own faithfulness, nor on their sense of decorum. Far too many, in the Catholic segment of cyberspace, refuse to accept the fact that their own personal preferences are not binding on the Church.
Once and for all, the United States is a multicultural nation. It always has been. In case you didn’t notice, the Holy Father has been pointing out that very multiculturalism as something to value and respect. Multiculturalism is not a dirty word, save to a few racist boors who are now showing their true colors.

The extent of my comments on this whole sordid business is this wasn’t a parish mass.  While I don’t care for outdoor masses or masses that require a jumbotron, I can accept the reasons why it was done and don’t attribute malice to the choices.  In fact I think the choices were an expression of love.  Everything can always be done better.

I guess I am more than a little exasperated by the “are you still kicking puppies?” assertions that seem implicit in this critiques of those who were displeased with the presentation are either “racist” (I am as white as Marty Haugen, likely moreso…) or are too small minded to understand what these critics do about the great miracle of the Eucharist.

Listed above in thumbnails are foods that please me.  If forced to choose a last meal, I have no idea what I would pick.  On a given day it could easily be PB&J. I like them all.  Like isn’t a strong enough word – I love them all – I have the waistline to prove it.

That as the case may be, I don’t want to have a ten course meal with schnitzel followed by crepes, followed by lobster, followed by a burger, washed down with beer, than a lobster, with a martini…

And it isn’t because I am racist or not as enlightened or transcendant.  Rather, it is because these things don’t go well together.  Such a meal is sloppy, disjointed and shows poor planning.

This entry was posted on Thursday, June 26th, 2008 at 6:50 am and is filed under Catholic. You can follow any responses to this entry through the RSS 2.0 feed. You can leave a response, or trackback from your own site.

20 Responses to The Papal Mass – Not Enough Said, Vox Nova