Why Do You Use So Much Scripture?

BFHU: I use so much Scripture on purpose. I am trying to explain the Catholic Faith to Protestants and Catholics who have questions based on questions or accusations raised by their Protestant friends.

Since Protestants will accept nothing except Scripture I try to explain the Catholic Faith using the best Scripture support there is. Quotes from Popes, councils or Cardinals would fall on deaf Protestant ears. The Catholic Faith has very much surprising support in scripture which Protestant do not see because they are taught to interpret them differently, they just don’t ever notice them or they just ignore them. 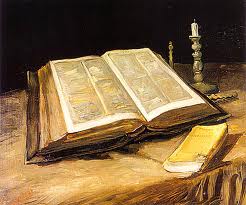 Constantine:Secondly, can you please show us where, in any official, dogmatic Roman Catholic document, the official “infallbile” interpretation for any of the bible verses you cite? No? I didn’t think so. So you are really just doing what you rail against Protestants for doing. That is, you are just using your own “private interpretation” and holding it out as though it were a Magisterial teaching. So you really are no different than a Protestant.

BFHU: There is no official infallible commentary on the scriptures. But there is all kinds of writings all the way back to the first centuries in which the scriptures were interpreted and commented upon. These are not at all remotely similar to Protestant interpretations. Plus, if you look at the Catechism of the Catholic Church you will find thousands of scripture used in conjunction with doctrine and teachings. I did not just make this up. These interpretations are as old as the Church.

BFHU: Rebellion and heresy does not constitute proof that the bishop of Rome is not the final authority. There have always been, are today, and always will be rebels and heretics. Martin Luther was one. Calvin was another. But for the faithful, when voices of men are contradicting each other we are always safe to go with the Bishop of Rome when he teaches on faith and moral to the whole church. This has been the case for 2000 years. 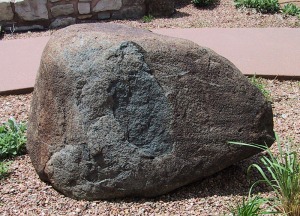 Constantine: I am always startled when I see the utter disrespect that Roman Catholics pay to the Old Testament. After all, those were “the Scriptures” that Jesus affirmed, down to every pen stroke (Matthew 5:17-21).

Here are just a few examples:

For who is God besides the LORD? And who is the Rock except our God? Psalm 18:31

So just in these three example, we have David, the prophet Isaiah and the prophet Samuel saying exactly that the title “Rock” can only mean God!

BFHU: I have an immense respect for the Old Testament. You are misunderstanding what I said.

“And, there is no Scripture that demands that the title Rock can only be applied to God”

I did not say that Rock in the OT does not refer to God, which is what your OT Quotes show. I agree with you and the OT, that in the OT Rock is one of the names of God. While the OT uses Rock to refer to God there is nowhere in Scripture that demands that Rock can ONLY & ALWAYS refer to God. You are interpreting these passages as demands but they don’t say that explicitly. In fact in the New Testament Jesus changes Simon’s name to ROCK.

Constantine: You remember how often Jesus cited the book of Deuteronomy, don’t you bfhu? He quoted it more than any other book in the Bible. Does Deuteronomy say that Peter is the “rock”?

BFHU:That is a silly question. Moses did not know Peter.

Constantine: He is the Rock, his works are perfect, and all his ways are just. A faithful God who does no wrong, upright and just is he. Deuteronomy 32:4

They abandoned the God who made them and rejected the Rock their Savior. Deuteronomy 32:15

You deserted the Rock, who fathered you; you forgot the God who gave you birth. Deuteronomy 32:18

BFHU: These are great quotes. I don’t dispute them. I never said that the Rock in the OT referred to Peter. It refers to God.

Constantine: So, only the Roman Catholic Church, taking only one example from the New Testament which was unknown to the Apostles and Christ, Incarnate, takes God’s rightful title away from Him and gives it to a man. That strikes me as a blasphemy.

BFHU: Well it would be blasphemy if mere men “took God’s rightful title away from Him and gave it to a man.” But, Jesus is the one Who changed Simon’s name to ROCK. God is very generous.