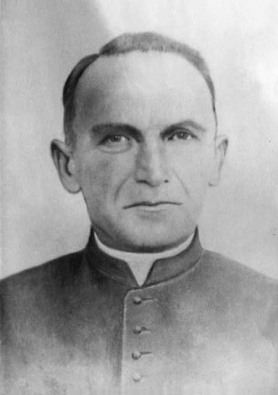 from www.vatican.va: “The Servant of God Fr Emilian Kovch was born on 20 August 1884, near Kosiv. In 1911, after graduating from the College of Sts Sergius and Bacchus in Rome, he was ordained to the priesthood. In the spring of 1943, he was arrested by the Gestapo for aiding Jews. On 25 March 1944 he was burned to death in the ovens of the Majdanek Nazi death camp. On 9 September 1999 he was honoured with the title “Righteous Ukrainian” by the Jewish Council of Ukraine.”

This entry was posted on Wednesday, March 25th, 2009 at 5:15 am and is filed under Catholic. You can follow any responses to this entry through the RSS 2.0 feed. You can leave a response, or trackback from your own site.