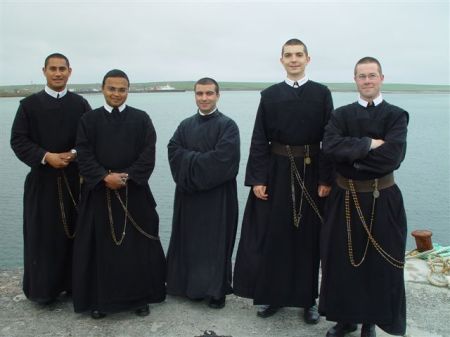 It’s a long way from the windswept shores of Papa Stronsay, Northern Scotland to the plains of Nebraska. The robust traditionalist community, the Transalpine Redemptorists, having restored its relationship with Rome, it will now send 5 of its youngest members to study theology at the Society of Saint Peter’s seminary, in Denton, Nebraska.

Their departure from Papa Stronsay Island

This entry was posted on Tuesday, August 12th, 2008 at 12:10 am and is filed under Britain, Catholic, Catholic Church, Great Britain, Monasticism, Papa Stronsay, Religious Life, Scotland, SSPX, TLM, Transalpine Redemptorists. You can follow any responses to this entry through the RSS 2.0 feed. You can leave a response, or trackback from your own site.